The proposition of HE.S.T.A.F.T.A. President Mr. Nikos Marketos for me to write a tribute to Petros Polychronis in this journal, for its ten-year anniversary issue, was emotionally challenging. How do you put to paper (definitely not the most appropriate manner) personal emotions and a deep long relationship with an important person, a scientist, a therapist, a colleague, a comrade a teammate in a life-course of almost 40 years?

Nikos, however, has been a friend since he came to the AIA, he has been beside me all these years in the Psychiatric Section of the “Gennimatas” General Hospital of Athens and is a person you can rely on when things are tough, and he promised to help. Our friend Katia Charalabaki was also there to egg on… we all shared a love for Mikhail Bakhtin. With Petros we had been founding members of HE.S.T.A.F.T.A. and along the way we were discussing things, when as members of the board we were trying with other friends and colleagues to found the Hellenic Federation of Systemic Therapy Societies – ETHOS, as required be EFTA.

The Curriculum Vitae and lectures of our beloved Petros are posted online, for colleagues that have never met him to read, and through them, it is easy to perceive his gifted personality, his vast knowledge and his wisdom. Those that knew him, even briefly, always talk of a positive emotion they felt or of something new, that was born through their relationship.

In the round tables and discussions with colleagues that he participated in there was no confrontation. Instead, there was open dialogue, the utilization of positive propositions of others, a co-evolutionary process, and the ability to include. The search and construction of common meaning, with respect to autonomy but also with interdependence, and the ability to create multi-nuclear networks in a context that supports polyphony were evident in his rhetoric and all his activities. All this would happen in an atmosphere of kindness but also of firm principles and values.

I should bring forward as witnesses the children, both of his friends, and of the families, he worked with. He used to say that he utilized children as co-therapists, in a pleasant and creative manner. His friends’ children adored him. His stories, games and songs with the children made our excursions and meetings fun. He knew – better than anybody else – how to revel in your joy, your success, your child’s joy, a characteristic of genuine friendship. Our friendship began when we first met, at a AIA meeting that was called by George and Vaso Vassiliou in 1984, where, surprisingly, he explained my position and existential concerns to the participants, as if he knew what was going on deep inside me. From then on, we had a common course in personal and family friendship as well as in professional camaraderie.

He was the AIA director, for the past 20 years, succeeding George Vassiliou who had Vaso on his side – with their imposing legacy and global reach. They had nominated him as first among equals when the quintet of the Counselling Scientific Team (comprising of Petros Polychronis, George Gournas, Mina Todoulou, Kyriaki Polychroni and Dionysis Sakkas) committed in their presence to continue their work. The entire Counselling Scientific Team moved forward together, with Petros in a role that saw him allowing space for everybody and cultivating a new manner of leadership (“sometimes director” he would say). He would attune a self-fulfilling process, while promoting relentlessly innovative actions of young people – even two generations younger than us. He cultivated diversity and did not push for premature synthesis. The concept of inclusion fitted him perfectly.

As a therapist, in his discourse with patients I think his most outstanding gift was his ability to help them have the joy of discovering their own way of evolving, by shedding light on their strengths and capabilities.

We will never forget the last trip we went on together, along with our wives, to Cappadocia, where of course he knew everything about the history the Church Fathers! You just couldn’t get enough of his narrations. The weather was bad and there had been an accident previously so we didn’t get to ride in the hot air balloon. He recently left on his own “to go with the angels” as our friend Sakis Todoulos president of the Institution for Promoting Studies of Human Relations (E.P.E.A.S.) poetically wrote.

He himself did not manifest the defense mechanism of denial regarding his illness but we, as his friends, definitely did. He fought a good and peaceful fight to the end, serving life and pulling those around him to an upwards course, as our Teacher George Vassiliou would put it. Last summer, he would pass the torch onward in his summerhouse on the island of Paros, alongside his close colleagues in an emotional and loving atmosphere. He would narrate events from his first years of joining AIA, right after the Athens Polytechnic uprising in 1973, in which he had taken part as a medical student…

I smile, brushing the sadness of loss aside when I “see” the two of us walking on the beach in Paros, doing some Chinese exercises that gave us the feeling of well-being, may be connected to acceptance. I utilize our common love for Physics and Nils Bohr’s principle of complementarity, thinking of the light he shed with his photons, sometimes as particles and sometimes as waves. Thankfully, waves have no boundaries to their motion and thus nothing dies.

Family, friends, colleagues and patients, we can all make use of the valuable seeds he has sown.

His wife, Kyriaki, well known as a psychotherapist internationally, with a systemic viewpoint crucial in her work with groups, families and couples, was always by his side. His two daughters, one an anthropologist and psychotherapist dedicated to refugee communities and the other a mathematician and neuroscientist, follow in their parents’ footsteps.

May he be, for us too, a bright example of living a life with values and collective visions! 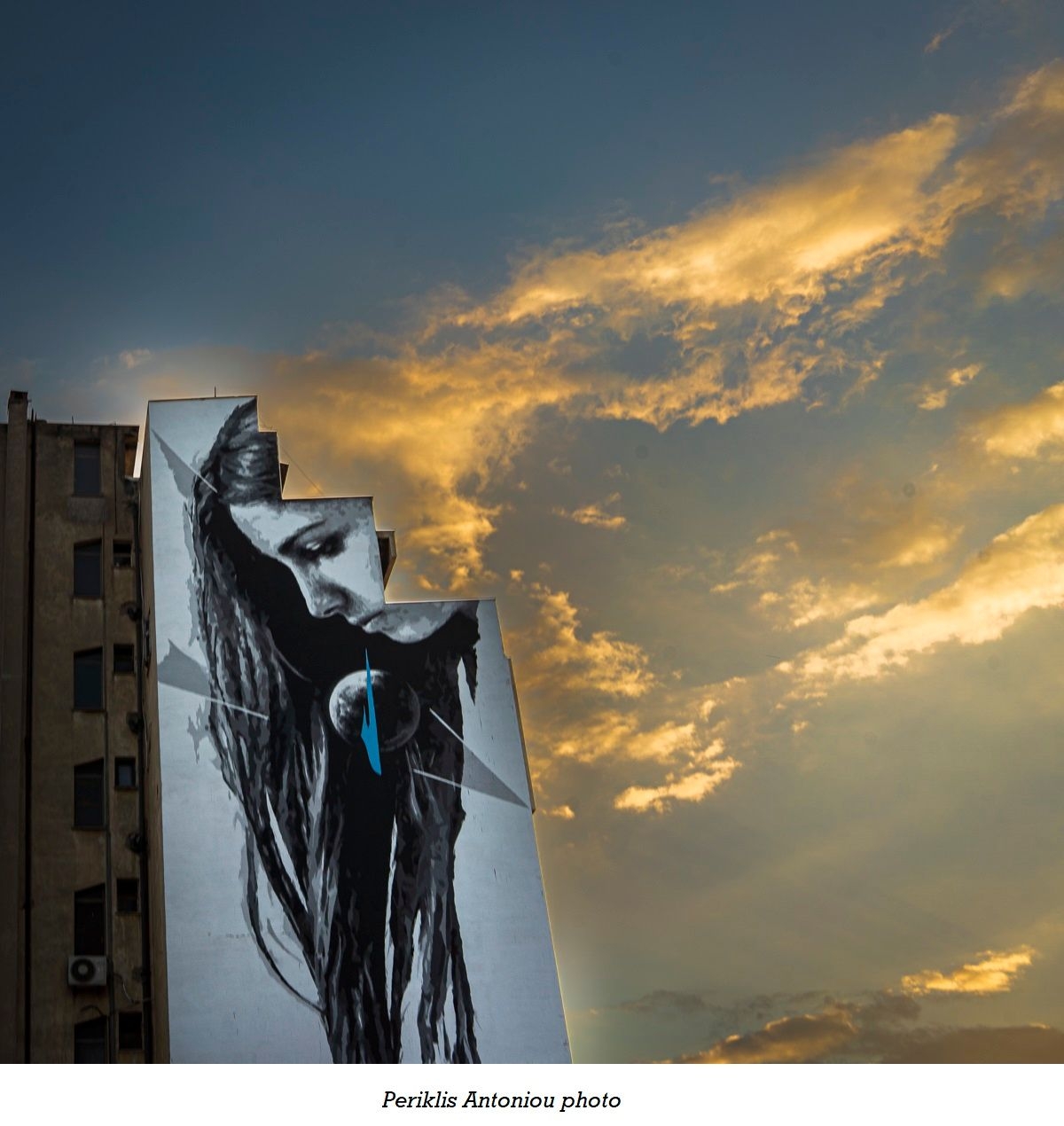